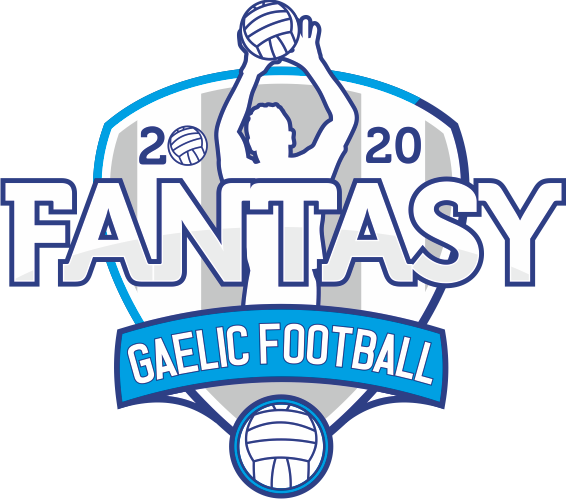 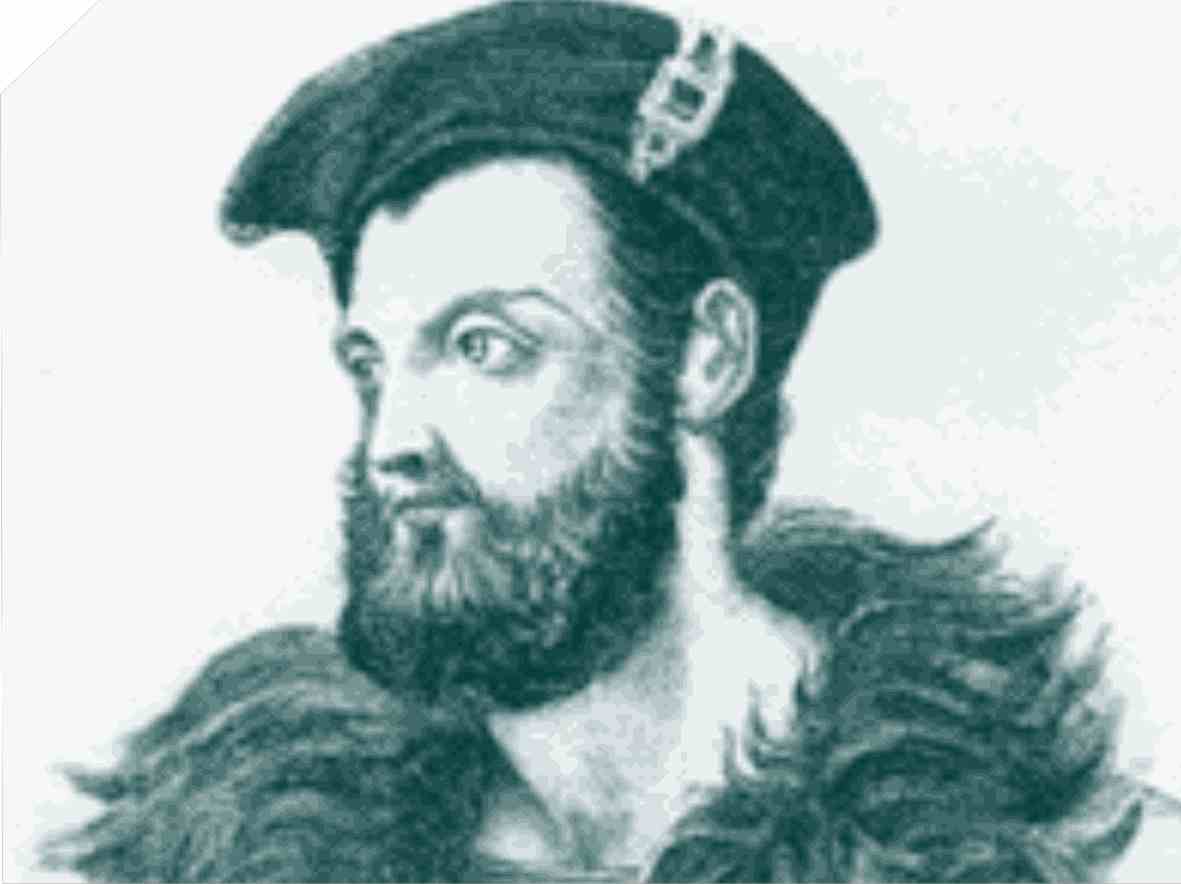 Eoghan Rua Ó Néill, anglicised as Owen Roe O'Neill (c. 1590–1649) ("Red Owen"), was a seventeenth century soldier and one of the most famous of the O'Neill family of Ulster. O'Neill, Owen Roe (c.1590-1649). O'Neill was the military linchpin of the Confederation, which struggled for control of Ireland after the rising of 1641. He was a nephew of Hugh O'Neill, 3rd earl of Tyrone. He was not in Ireland at the start of the rising but arrived in July 1642 and took over command of the Ulster army from Sir Phelim O'Neill. He managed to keep an army together through the extraordinary political vicissitudes of the next few years and in 1646 gained a significant victory at Benburb over Monro and the Scottish army. But the end of the Civil War in England enabled Parliament to strengthen its position in Ireland. It is doubtful whether he could have put up much resistance to Cromwell, who landed in August 1649, but he died in November of the same year. { read more} link to history section and insert this.

O'Neill was the son of Art O'Neill, a younger brother of Hugh O'Neill, 2nd Earl of Tyrone (the Great O'Neill), who held lands in County Armagh. As a young man he left Ireland, one of the ninety-nine involved in the Flight of the Earls escaping the English conquest of his native Ulster. He grew up in the Spanish Netherlands and spent 40 years serving in the Irish regiment of the Spanish army. He saw most of his combat in the Eighty Years' War against the Dutch Republic in Flanders, notably at the siege of Arras, where he commanded the Spanish garrison. O'Neill was, like many Gaelic Irish officers in the Spanish service, very hostile to the English Protestant presence in Ireland. In 1627, he was involved in petitioning the Spanish monarchy to invade Ireland using the Irish Spanish regiments. O'Neill proposed that Ireland be made a republic under Spanish protection to avoid in-fighting between Irish Catholic landed families over which of them would provide a prince or king of Ireland. This plot came to nothing. However in 1642, O'Neill returned to Ireland with 300 veterans to aid the Irish Rebellion of 1641.

The subsequent war, known as the Irish Confederate Wars, was part of the Wars of the Three Kingdoms -civil wars throughout Britain and Ireland. Because of his military experience, O'Neill was recognised on his return to Ireland, at Doe Castle in Donegal (end of July 1642), as the leading representative of the O'Neills and head of the Ulster Irish. Sir Phelim O'Neill resigned the northern command of the Irish rebellion in Owen Roe's favour, and escorted him from Lough Swilly to Charlemont.

But jealousy between the kinsmen was complicated by differences between Owen Roe and the Catholic Confederation which met at Kilkenny in October 1642. Owen Roe professed to be acting in the interest of Charles I; but his real aim was the complete Independence of Ireland as a Roman Catholic country, while the Old English Catholics represented by the council desired to secure religious liberty and an Irish constitution under the crown of England. More conceretely, O'Neill wanted the Plantation of Ulster overturned and the recovery of the O'Neill clan's ancestral lands. Moreover, he was unhappy that the majority of Confederate military resources were directed to Thomas Preston's Leinster Army. Preston was also a Spanish veteran but he and O'Neill had an intense personal dislike of each other.

Although Owen Roe O'Neill was a competent general, he was outnumbered by the Scottish Covenanter army that had landed in Ulster in 1642. Following a reverse at Clones, O'Neill had to abandon central Ulster and was followed by thousands of refugees, fleeing the retribution of the Scottish soldiers for some atrocities against Protestants in the rebellion of 1641. O'Neill complained that the devastation of Ulster made it look, "not only like a desert, but like hell, if hell could exist on earth". O'Neill did his best to stop the killings of Protestant civilians, for which he received the gratitude of many Protestant settlers. From 1642-46 a stalemate existed in Ulster, which O'Neill used to train and discipline his Ulster Army. This poorly supplied force nevertheless gained a very bad reputation for plundering and robbing friendly civilians around its quarters in northern Leinster and southern Ulster.

In 1646 O'Neill, furnished with supplies by the Papal Nuncio, Giovanni Battista Rinuccini, attacked the Scottish Covenanter army under Major-General Robert Monro, who had landed in Ireland in April 1642. On 5 June 1646 O'Neill utterly routed Monro at the Battle of Benburb, on the Blackwater killing or capturing up to 3000 Scots. However after being summoned to the south by Rinuccini, he failed to take advantage of the victory, and allowed Monro to remain unmolested at Carrickfergus.

In March 1646 a treaty was signed between Ormonde and the Catholics, which would have committed the Catholics to sending troops to aid the Royalist cause in the English Civil War. The peace terms however, were rejected by a majority of the Irish Catholic military leaders and the Catholic clergy including the Nuncio, Rinuccini. O'Neill led his Ulster army, along with Thomas Preston's Leinster army, in a failed attempt to take Dublin from Ormonde. However, the Irish Confederates suffered heavy military defeats the following year at the hands of Parliamentarian forces in Ireland at Dungans Hill and Knocknanauss, leading to a moderation of their demands and a new peace deal with the Royalists. This time O'Neill was alone among the Irish generals in rejecting the peace deal and found himself isolated by the departure of the papal nuncio from Ireland in February 1649.

So alienated was O'Neill by the terms of the peace the Confederates had made with Ormonde that he refused to join the Catholic/Royalist coalition and in 1648 his Ulster army fought with other Irish Catholic armies. He made overtures for alliance to Monck, who was in command of the parliamentarians in the north, to obtain supplies for his forces, and at one stage even tried to make a separate treaty with the English Parliament against the Royalists in Ireland. Failing to obtain any better terms from them, he turned once more to Ormonde and the Catholic confederates, with whom he prepared to co-operate more earnestly when Cromwell's arrival in Ireland in August 1649 brought the Catholic party face to face with serious danger.

Before, however, anything was accomplished by this combination, Owen Roe died on 6 November 1649 at Clough Oughter castle in County Cavan. The traditional Irish belief was that he was poisoned by the English, but now some believe it is more likely that he died of disease. Under cover of night he was buried in the Franciscan friary at nearby Cavan town.

The Catholic nobles and gentry met in Ulster in March to appoint a commander to succeed Owen Roe O'Neill, and their choice was Heber MacMahon, Roman Catholic Bishop of Clogher, the chief organizer of the recent Clonmacnoise meeting. O'Neill's Ulster army was unable to prevent the Cromwellian conquest of Ireland, despite a successful defence of Clonmel by Owen Roe's nephew Hugh Dubh O'Neill and was destroyed at the Battle of Scarrifholis in Donegal in 1650. Its remnants continued guerrilla warfare until 1653, when they surrendered at Cloughoughter in county Cavan. Most of the survivors were transported to serve in the Spanish Army.

In the nineteenth century, O'Neill was celebrated by the Irish nationalist revolutionaries, the Young Irelanders, who saw O'Neill as an Irish patriot. Thomas Davis wrote a famous song about O'Neill, titled "The Lament for Owen Roe". which was popularised in their newspaper, The Nation.